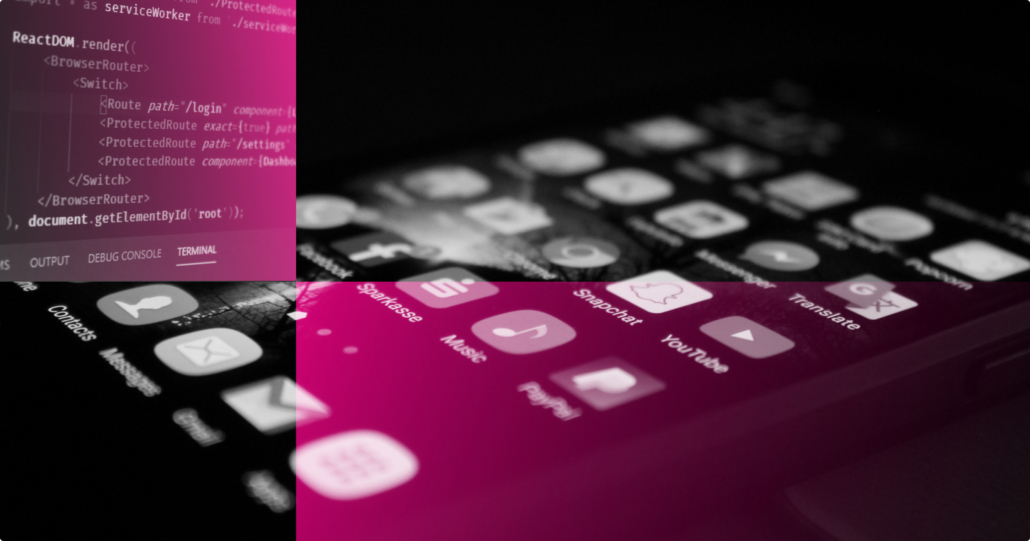 Progressive Web Apps (PWAs) are a current phenomenon for businesses ranging from banking and trading to beauty shopping. PWA has attracted a lot of attention primarily because they capture benefits from both web apps and mobile apps. PWA has completely changed the way users interact with their websites. The most prominent reasons for garnering appreciation lies in the ease of development and immersive user experience.

The distinguishing factor that has skyrocketed PWAs fame is its ease of access like a normal website along with added benefits of offline usage, access to the device’s hardware, like camera, microphone, GPS, and push notifications. Previously these features were only available to native apps.

To put it simply, PWA is basically a website with all the perks of a mobile app. This is an app built from the web technologies we all know, like HTML, CSS, and JavaScript, but with a feel and functionality of an actual native app. The rise of Progressive Web Apps has led to a complete paradigm shift in the way we interact with the web. Some of the salient features are discussed below which contribute to the overall enhanced experience with PWA.

PWA employs client-side rendering to minimize the loading time. Client-side rendering renders the content in the client’s browser (using JavaScript). This improves the loading time speed because every time a client requests a webpage, PWA saves the hassle of bringing the entire web page content from the server and renders the necessary parts in the client’s browser. This makes PWAs extremely fast.

Another perk of a PWA which makes user experience much better: PWA allows you to browse your favorite online store offline while commuting through the underground subway or visiting rural suburbs. The secret behind offline browsing lies in the fact that cached webpage from previously retrieved data is displayed to the customer. Order processing can only be done after re-establishing your internet connection.

PWA offers a push notifications feature to the apps to allow users to engage better. Customers receive notifications to re-engage with their half-checked-out carts and benefit from other features like discounts.

All the platforms come with their upsides and downsides. PWA is an efficient alternative to platform-dependent apps. With Progressive Web Apps, you can deliver the same user experience to all your customers regardless of the platform completely independent of the platform they are using to interact with the PWA app.

There are renowned names in the PWA apps like the famous traveling site Trivago and cosmetics brand Lancome. We have selected a few Progressive Web Apps from different industries.

Flaconi is an immensely famous PWA app when it comes to makeup, perfumes, hair care products for both men and women. With a list of eye-catching guides for DIY and How to, customers are set to find inspirational guides to make them feel good in their bodies.

CHRONEXT is the epitome brand among luxury watches. Watch enthusiasts having a choice from over 7000 watch models, customers can enjoy a luxury watch that matches their personality and style. With lounges in worldwide countries like Switzerland, UK, France, Hong Kong, and Germany, customers can choose between new, vintage, or pre-owned watches. With Frontastic powering the frontend, Chronext was able to deliver an impressive PWA in a very short time span.

Due to some disagreement between Spotify and Apple regarding Apple’s 30% app store commission, Spotify found it a timely opportunity to start developing a PWA version of their app—as many other big brands have. Compared to its native-app counterpart, the PWA version is considerably faster with its own unique and adaptive UI that changes its background as the user progresses through the app. Like many other PWAs, users are also prompted to add Spotify PWA to their home screen, making Spotify PWA more accessible and on-par with its other versions.

The native apps are designed specifically to be installed and used on the user’s systems in offline mode. It eliminates the dependency on internet connection (only for updates).

Because the native apps are downloaded from app stores, intrinsically the user is assured of enhanced security of the app.

Harness the power of one platform/device hardware

Since the native apps are designed specifically for one platform, they are better able to harness the advantages of the device’s features like processor’s power and hardware capabilities. Also, native apps can incorporate gestures i.e. standard gestures or app-defined gestures.

But as we mentioned at the beginning, with the rising demand for flexibility, the weaknesses of a native app also reveal themselves. These are, among others:

Expensive and time-intensive to develop and maintain

Apart from the upsides, native apps are cost-effective and time-consuming to develop and maintain. The development and maintenance costs of native apps are higher in comparison to progressive web apps. A dedicated team of developers specific to an operating system is required along with a hefty budget and a lot of time to design, develop, launch, and maintain native apps.

One of the major contingencies attached to native apps is their dependency on clients’ willingness to install the app on their system.

The list of native apps is chosen from a wide range of fields like navigation systems, messaging services, music community, and gaming.

WhatsApp is the 4th most downloaded app globally with more than 140 million users. WhatsApp is a messaging app designed for Apple and Android users with features like voice/video calling and messaging, end-to-end encryption, media sharing, photos, videos, and so on.

Waze is a navigation application designed for smartphones and tablet users. It has amazing features like routing details and a turn-by-turn guide with travel time. Other outstanding features include integration with Google assistant, customization of items appearing on maps, scheduling, and note-taking of drives.

The diversity of solutions offered by the apps make it cumbersome to make the right choice. There are stark differences between the two types of apps. Choosing the right option depends heavily upon the application. Some of the contributing factors are the audience, product, timeliness, core business, and budget. But what the comparison impressively illustrates is how many areas the “web native app” — the PWA — has already opened up to the native app and how many advantages it has achieved. 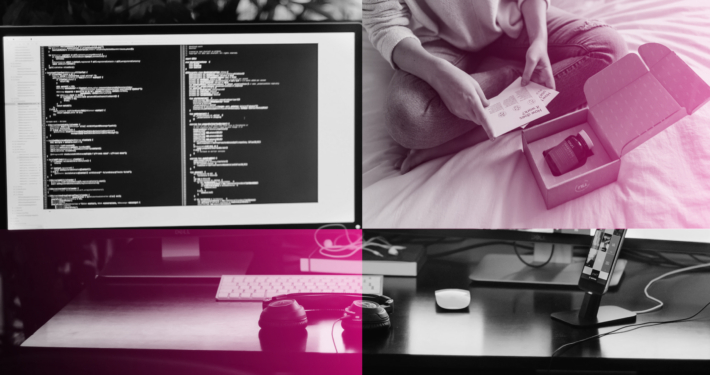 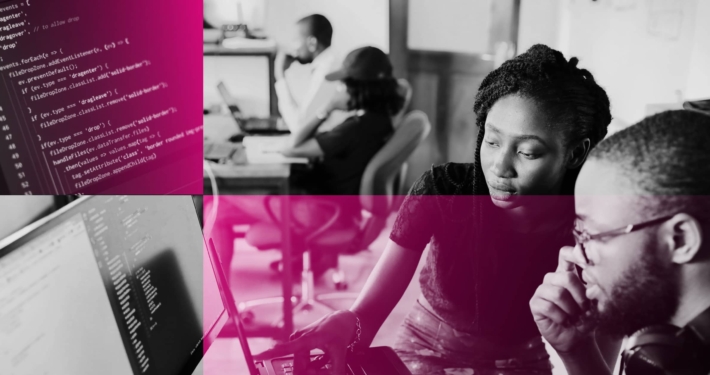 While eCommerce has grown over the years, there're still obstacles and challenges that companies face in their attempt to improve the online shopping experience. In the article, you will find some of the top issues that still cause difficulties and how you can solve them with a headless frontend.
END_OF_DOCUMENT_TOKEN_TO_BE_REPLACED
https://www.frontastic.cloud/wp-content/uploads/2022/04/unsplash_gTs2w7bu3Qo-1.jpg 1260 2400 Zoya Ruhe https://www.frontastic.cloud/wp-content/uploads/svg/frontastic-commercetools-logo-gradient.svg Zoya Ruhe2022-04-12 08:00:042022-04-07 12:53:33Business problems a headless frontend can solve 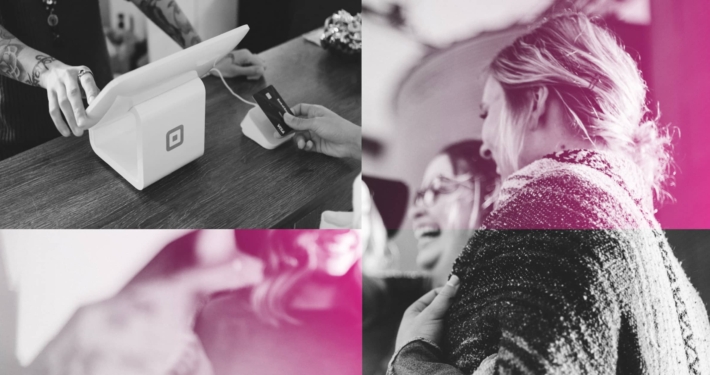 For more than 2 years now, remote work — be it hybrid or fully remote — has been part of everyday life in many companies. In this blog post, we want to talk about productivity in remote environments and share the experiences and tips of our team.
END_OF_DOCUMENT_TOKEN_TO_BE_REPLACED
https://www.frontastic.cloud/wp-content/uploads/2022/03/Multichannel-strategy-1.jpg 1260 2400 Zoya Ruhe https://www.frontastic.cloud/wp-content/uploads/svg/frontastic-commercetools-logo-gradient.svg Zoya Ruhe2022-04-04 08:00:402022-03-14 11:52:51Multichannel commerce and why technology matters